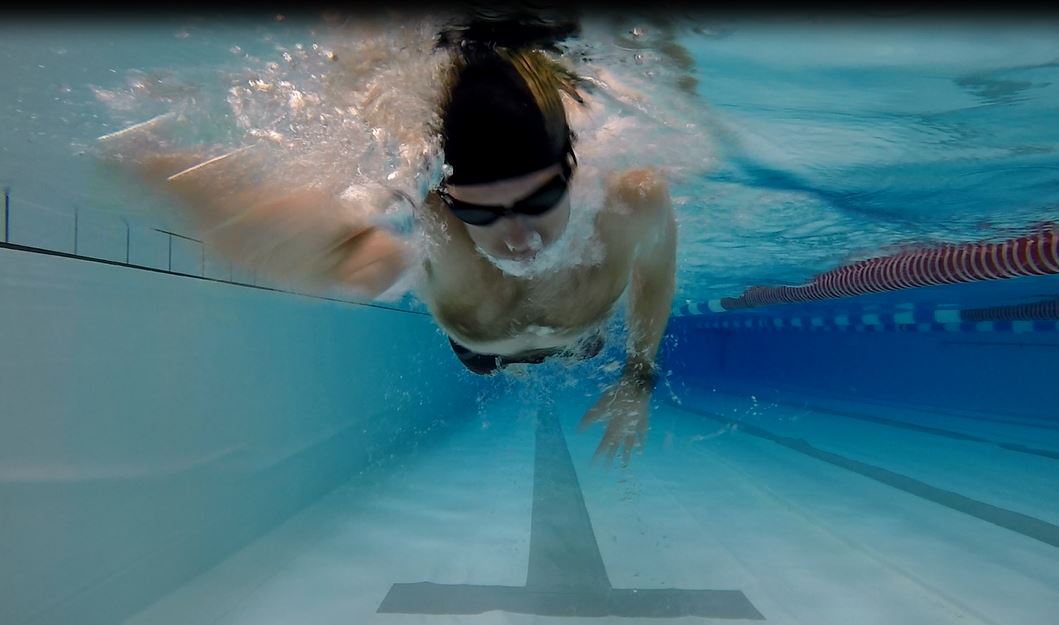 Less than 50 days to Boston

Less than 50 days until Boston…

Marathon training is in full swing, and actually I have started to count the number of long runs left in my program. Of all the trainings I do, it is the long distance run that I find most difficult, and I am kind of looking forward to April 17th when the longest run for the rest of the year should be longer than 21km… I have now managed four 30km+ runs in my training cycle, twice as many as last year, and “only” have three or four more ahead of the marathon. Yes!!!

Overall, volume of running remains high. I had a record January with 279km, and February will end up around 240km. This is about 75% more compared to similar period in my training ahead of last year’s marathon, so it is very clear that the training set-up is different. It is mainly the biking volume that has decreased in favor of running, as I maintain about the same total volume of training per month – 35 to 40 hours. This is the volume that I am able to squeeze in considering work, family and managing the training load itself. Considering how the weather has been now in January and February with cold temperatures and snow, I am extremely pleased being able to follow the marathon program. 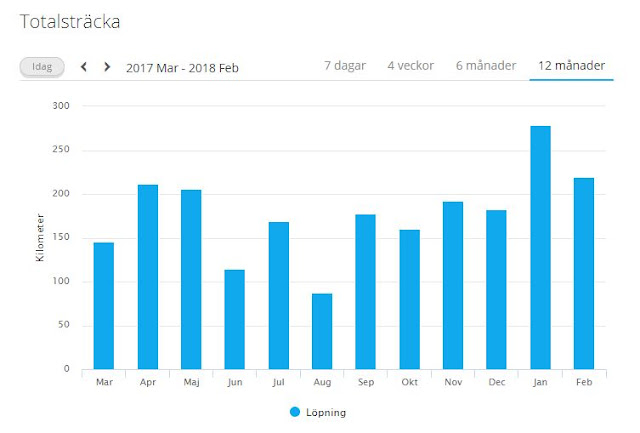 Good progress on the running volume

Longs runs have been up and down. Some I have not managed to fulfill entirely and have had to cut short. A few times weather has not been cooperative, but I think the main issue has been fueling and hydration. In bad weather I have struggled to drink enough or skipped the gel I had taken with me, and for me I am not able to run 2hrs+ in winter without extra energy. This inevitably leads to bonking after about 20km… I might also be running my long runs too fast, I aim for about 25s/km above race pace as my training program indicates, but it might be that this is too aggressive. I have also not adjusted my pace to winter conditions – running in long tights, three upper layers, gloves/hat and belt with liquid should probably lead to slower pace, but I have tried to maintain instead. All in all I have cut two long runs short, but managed to finish the rest of them. At least I have been able to run on mostly dry asphalt despite snow as the city is cleaning and salting very well the bike and running paths. I have not invested in any winter running shoes, so I can’t run in snowy conditions… 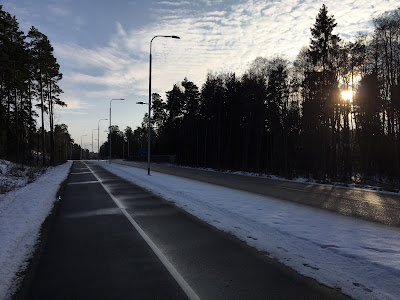 Nice with clear bike paths even in winter!

While the long runs have been a challenge mentally and physically, I have relished the interval sessions. A one hour hard workout seems to be more of my thing, and my program is mixing short 300-400m intervals, short hill intervals (30-35s) with longer 800-1000m intervals. Coming up now are longer intervals and I will try and mix in more uphill/downhill running on these ones to get ready for the Boston hills that are famous… Scouting of suitable longer hill sections are done, and I am happy that I have a 800m long uphill section just around the corner from my house, that should also be cleared of snow. 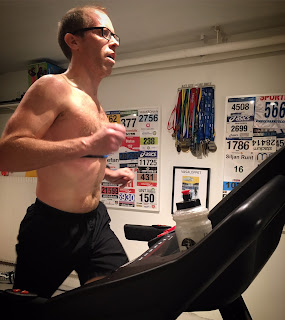 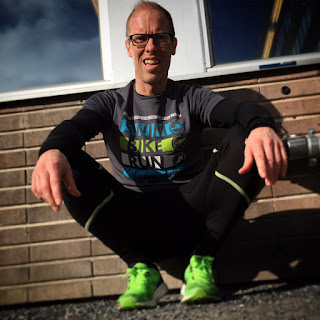 Even with high running load I am so far staying injury free, which is key for any training. Sore legs and a nagging feeling in my feet/ankles is constant, but it is not getting worse and is manageable. Good mix of hard/easy runs, regular massage and some limited stretching/strength exercises are the key components to keep injuries at bay, and I hope this will be doable for another seven weeks! 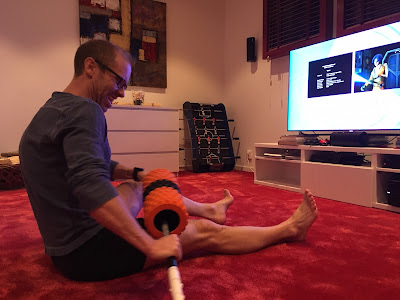 On the triathlon front not much is happening. Travel and accommodation to the IM 70.3 WC in South Africa in September is now arranged, but apart from that nothing has been decided for the season. I still plan for IM 70.3 in Jönköping and I might do the Stockholm Triathlon (Olympic) in August, but we’ll see how the biking training takes off after the Boston Marathon. I have signed up for another running race though, Göteborgsvarvet (half marathon) in mid May – I want to break the 1:30 this year and with a good run base from Boston that might be doable!

Last weekend I did decide to spice up things with a sprint indoor triathlon, mostly as I was going to be alone at home without any family obligations. 200m swim, 10km bike and 2.5km run indoors was on the agenda - so maximum heart rate for about 30 minutes! It was tough as the bike split was solely decided on your wattage, and as I am small with a low FTP, I lost quiet some time on the bike. Came in last for the day, but let’s see if I can improve in the final that will be in three weeks time. Anyway, it is mostly for fun and good to have short and sweet sessions at times as well. 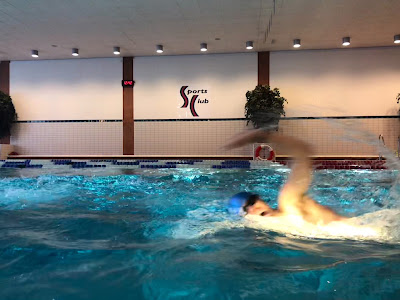 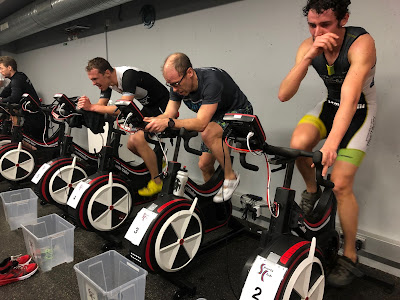 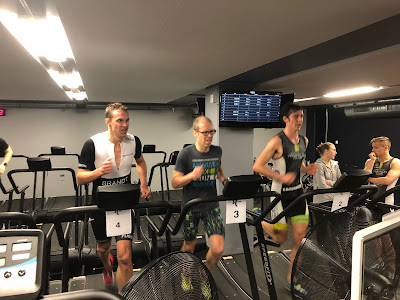 Indoor triathlon! Better get that bike shape back soon...

Motivation to keep up with the training remains high. Goals are set high, training is tough, but I am pleased to see progress. More inspiring is to share my journey in the Boston Marathon Training Facebook page and on Instagram and receive feedback and notes of inspiration. Messages and comments back and forth adds another dimension to the training, and if I can inspire others to push on, I will for sure not give up! Keep it up buddies! 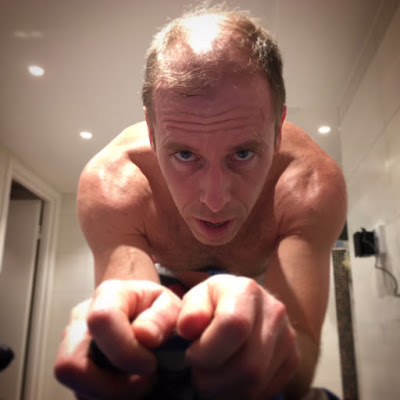 Focusing on the end goal!!!

Posted by StefanLjungberg at 4:40 PM